Since its launch in 2009, the online multiplayer game, League of Legends has grown to become a global phenomenon and the most played e-game in the world! Annually organizing the League of Legends World Championship, Riot Games is collaborating with another legend: Louis Vuitton.

Starting in October 2nd, the championship where the planet’s best players and teams compete, is having its grand finale today, 10th of November. For the event, Louis Vuitton has created a one-of-a-kind Trophy Travel Case to hold the Summoner’s Cup, the trophy awarded to the world champions and considered the most prestigious prize in esports.

The collaboration of the most played e-game and the most valuable brand also includes a custom LV suit for player Qiyana and a capsule collection designed by Louis Vuitton’s Artistic Director Nicolas Ghesquiere. Louis Vuitton has once again proven its innovative approach to fashion! 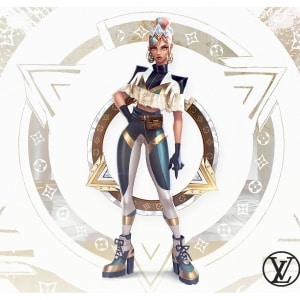